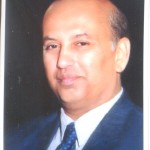 A determined lifetime of a man focussed on solving societal issues using space science and technology for more than five decades came to an end as Professor Udupi Ramachandra Rao, ‘India’s Satellite Man’, breathed his last unable to recover from illness. It also marked an end of an era, leaving the Indian Space Research Organisation (ISRO) bereft of the experience of a man who has been part of all its launches, from Aryabhatta, India’s first satellite to the experimental flight of GSLV MK-III.UR Rao, as the 85-year-old was popular, is a globally-renowned space scientist, who occupied key positions in multiple international fora besides having occupied important positions in India—the most important one being chairman, ISRO (1984-1994). Having trained under Vikram Sarabhai—the father of Indian space programme—Rao was an inspiration to both his contemporaries and juniors alike. Relentless dedication to science and a vision on a par with his predecessors and mentors Sarabhai and Satish Dhawan, Rao’s service to science in India had continued until his last breath. “He just did not stop working. He just could not, with all the things he wanted to do for our country,” eminent scientist Prof Roddam Narasimha, 85, who worked with Rao in the early years and was associated with him throughout told TOI. Whether it was the launch of Aryabhata, or the success of the Ariane Passenger PayLoad Experiment (Apple), which was transported on a bullock cart, in 1981, or the initial failures of the SLV series of launchers and the PSLV’s first flight, Rao was unfazed. “He had a vision so clear that such hurdles could not stop him. His command on science and ability to work through challenges is what paved way to such a grand satellite programme in the country,” former ISRO chairman Dr K Kasturirangan said. Recollecting one such experience, Roddam, said: “It was early 1980s, and Prof Rao and I were waiting outside the chamber of then Prime Minister Indira Gandhi. There had been a couple of failures of the SLVs and we had been summoned to give explanations.” Rao had been given 20 minutes with the prime minister, but as he began speaking, first about the failures and then about the country’s space programme, all three lost track of time. “When we walked out, it had been more than two hours. The failures were behind us, and in (Mrs) Gandhi, we had a prime minister committed to space programme,” Roddam said. A career largely punctuated by successes, Rao, who was the chairman of ISRO’s advisory committee that selected projects and payloads, had even convened a meeting last week. “It was unfortunate that I had to chair the meeting as he took ill,” Roddam said, while Kasturirangan added: “We just did not foresee that his demise would come so soon after that day.”  He had had elaborate discussions with a host of scientists before scheduling the meeting. He was also serving as Chairman of the governing council of the physical research laboratory and the chancellor of the Indian Institute of Science and Technology at Thiruvananthapuram.Rao has held several top positions, including several in foreign universities. He has about 10 international awards and many more national awards. In January his year, he was awarded the Padma Vibhushan, and Rao had told this correspondent: “…I thought I will get this posthumously…” Among other positions that Rao has held, he is remembered for his tenure at the Massachusetts Institute of Technology (MIT). In May 2016, Rao became the first Indian to be given the ‘Hall of Fame’ award by the International Astronautical Federation (IAF). He has published more than 350 scientific and technical papers covering cosmic rays, interplanetary physics, high energy astronomy, space applications and satellite and rocket technology and authored many books. He is also the recipient of D.Sc. (Hon. Causa) Degree from over 25 Universities including University of Bologna, the oldest University in Europe.